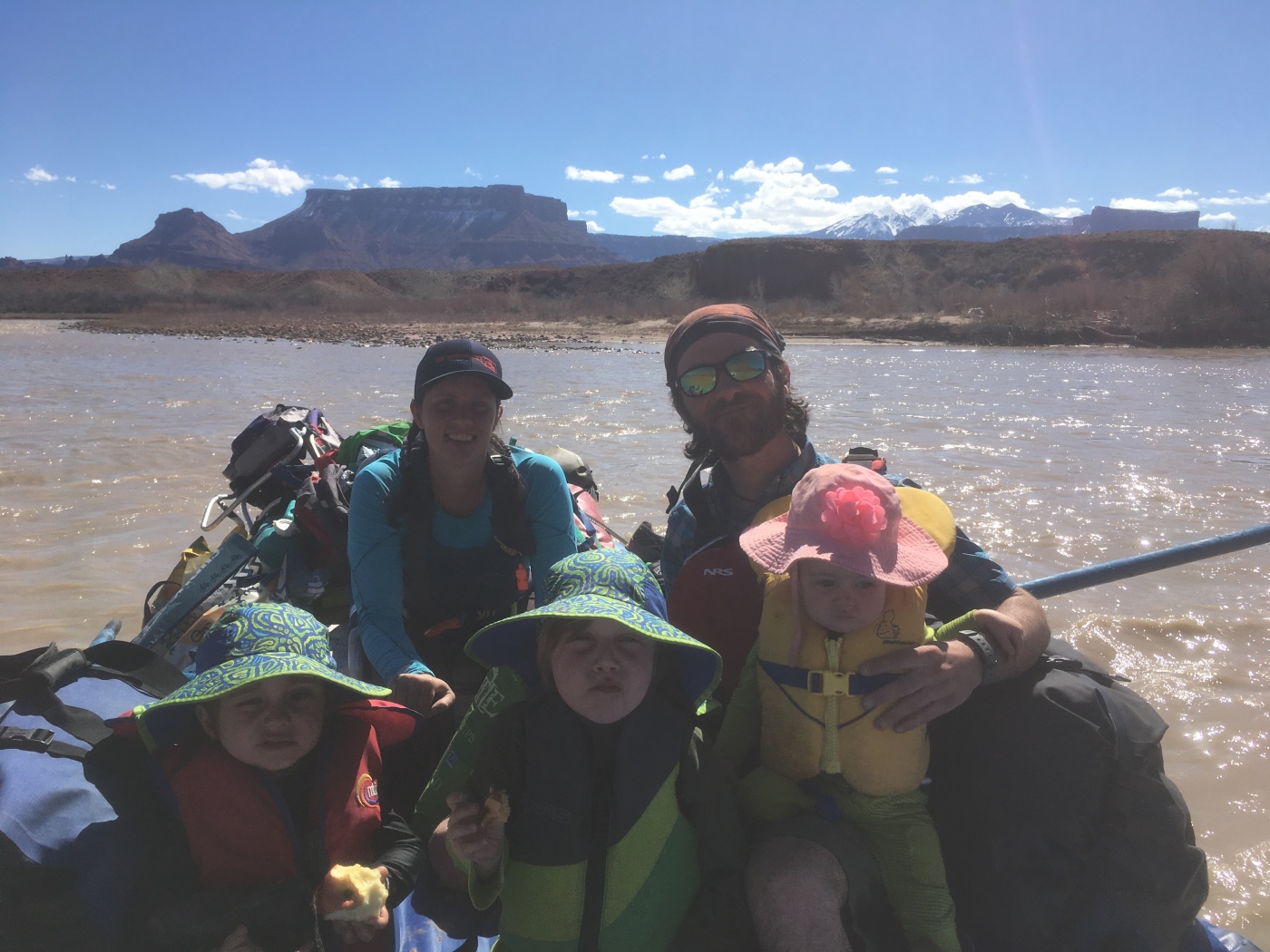 Published on May 24, with the NRS Duct Tape Diaries as the first in our family’s Just Add Water series partnering with NRS and Down River Equipment.

“No, it’s fine. We’re only leaving forty-five minutes later than we planned.”

I huffed back into the passenger seat of our mini-van with extra huff, only to unclip my seatbelt seconds later to turn around and distribute a second breakfast to my three kids who had not wanted the first breakfast I made at 5:30 AM, of course. It was now 6:45. My little sister, Kristen, a PhD candidate who was bravely joining us for our first rafting trip of the season, was in charge of her own snacks. She sipped her coffee, purposefully watching the scenery go by.

As soon as we merged onto I-70 West, I realized I had left the day’s lunch and snacks in the soft-sided cooler fully packed in the fridge. So many bad words.

Meet the DeFrates: I’m Lindsay. Casey (Dad) and I are two thirty-somethings attempting to seamlessly blend our dirtbag-pasts with our river-loving-family present. Our three kids: Hunter (6), Malcolm (3), and Cady (21 months) love to be outside, mostly listen on the river, meltdown occasionally, but noticeably grow with each trip. Casey and I both have hundreds of river trips under our belts as former guides, but they don’t teach you how to handle three toddlers in guide school.

We’ve learned a lot since our first kid float in 2014. And we’re 100% still learning—graduation is nowhere in sight—but let me introduce you to your first course in Family Rafting 101.